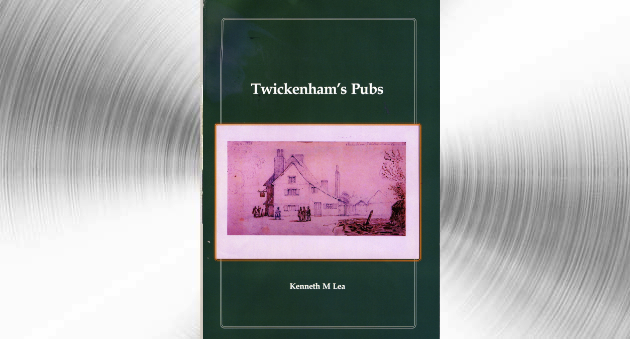 Dr Johnson famously wrote in 1776: ‘There is nothing which has yet been contrived by man, by which so much happiness is produced as by a good tavern or inn’. As you journey through the extensive roll call of licensed premises in this paper, you may be inclined to think that the people of Twickenham, and its visitors, agree with the great man. Indeed it may not be entirely fanciful to imagine him visiting a Twickenham hostelry as a great friend of David Garrick in Hampton and Richard Owen Cambridge in East Twickenham.

From back-street beer-houses to coaching inns, high street hostelries to hotels, Ken Lea has chronicled the drinking holes and habits of Twickenham past and present. Through a combination of his enthusiasm for the subject across many years of research in diverse archives as well as on the ground, Ken Lea has shown that an interest in local history coupled with a willingness to work through records and documents can produce a work that is both informative and entertaining.