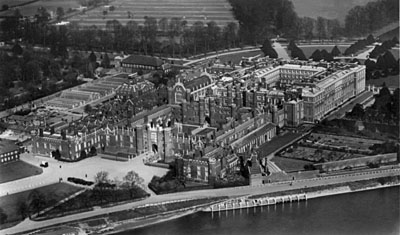 During the 17th century the churchwardens (usually two) together with the minister were effectively the local government of the village. They worked together with the village constable, overseer of the poor and surveyor of the local highways. All the posts were part-time and unpaid which people had a legal obligation to undertake. The churchwardens kept books of account, recording all expenditure, which gives a fascinating glimpse into many aspects of village life during the 17th century.

Their responsibilities included not only the care of church buildings, parish property and charities, but also poor relief, local road repair and many other miscellaneous tasks. Apart from a small amount of income from parish lands and other sources any expenditure had to be raised by a rate [“assessment”] after consulting with a parish meeting [known as the “Vestry”].

The churchwardens were chosen at the vestry, traditionally on Easter Tuesday, for the following 12 months, and began their year shortly after. Most of the meetings were in the church but some were at one of the nearby inns: the “Feathers”, the “Shipp” or the “Bell”. The parish-owned “Feathers” was probably the favourite. In 1690 the churchwardens accounts examined “att the Feathers att 3 a clocke.” In 1678 there was a special assessment for building a church steeple [to which the King was also contributing £350]. This followed a visit in 1670 by the “King’s Surveyor” [very likely Sir Christopher Wren], who viewed the church and measured it. In the churchwardens accounts for 1678/9 Mrs. Fall, landlady at the “Shipp” was paid £1-12-0d for a dinner for Sir Christopher Wren and Captain Rider. Six new church bells, with new frames were installed at the time [replacing a set of four] and lasted until the demolition of the old church in 1830.

They also gave their name to the “Six Bells” inn [an 18th century building on the site of the present White Hart]. It is believed that the church clock, which is known to have been mended in 1651, was either replaced or extensively restored at the time of the rebuilding of the tower. A church clock has thus been part of Hampton village life for many centuries. The church bells were rung when the King passed through Hampton [usually going between Hampton Court and Windsor]. This happened on six occasions between 17th April and 12th June 1684. For such occasions the ringers were paid money for drinks or an account covering all paid occasions was run up for them at on of the nearby inns. In 1688 Goody Bosworth at the “Feathers” received £2-4-6d and in 1691 the “drink drunke by the ringers” cost £1-14-6d.

Other miscellaneous expenditure included amounts spent occasionally on going to nearby fairs to buy the parish bull, kept for local use. After the 1667 purchase a further 6d. had to be spent “for [de]bugging the bull”!