A SHORT HISTORY OF TEDDINGTON
by Ed Harris 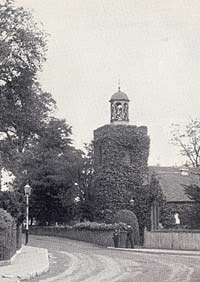 The ancient parish of Teddington lies on the north bank of the River Thames to the south of Twickenham. Until comparatively recent times, a stream rose by the Upper Lodge in Bushy Park and ran northwest for a short way, forming the boundary of Teddington and Twickenham before joining the Thames.

From about the 7th century, the berewic of Teddington formed part of the holdings of the Manor of Staines until about 1200 when Teddington became an independent parish.

In 1536 the Manor of Teddington was given to Henry VIII and it became part of the Honor of Hampton and various leases on the manor were made until 1861 when the manor and its estates were sold.

In 1867 the Local Government Board of Teddington was formed and this became the Urban District Council in 1894. It was absorbed into the borough of Twickenham in 1937, which itself was incorporated into the London Borough of Richmond upon Thames in 1963.

Read more about Teddington through the ages: